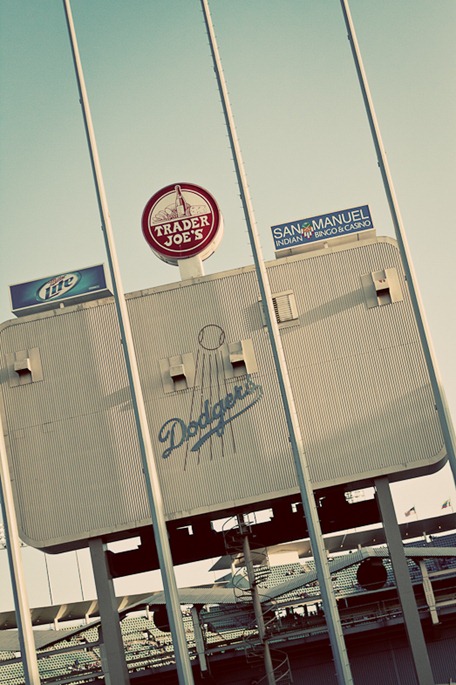 While we out visiting this past month, I thought it would be fun to take Travis to his first baseball game and give him a taste of an favorite American pastime. I remember being little and attending quite a few baseball games, particularly with my grandparents. In addition, having two brothers, has always kept me in the loop with sports. Unfortunately, for me, I got duped a few times by my brothers who knew WAY more about popular baseball players, so when it came to trading baseball cards with them, I usually got the short end of the stick. When it’s too good to be true…chances are, it probably is….like trading my 1 baseball card for 10 of theirs? That should have been a red flag to me that my ONE card, was, well, pretty awesome.

So, who better to have us join us on our first adventure, other than, Travis’ Uncle Richard…who successfully duped me out of my fabulous baseball cards and who is a lover of sports. I do have a little confession. To all the die hard Dodger fans…you may want to skip a few sentences. I would have much rather gone to an Angels game….they are after all, my favorite team. However, they were on the road that week and so we went to a Dodgers game…instead. Ok, so now that I got that off my chest….here’s a few pictures of Travis’ first baseball game. Since Dodger Stadium is super old school, I decided to go with an old school look. 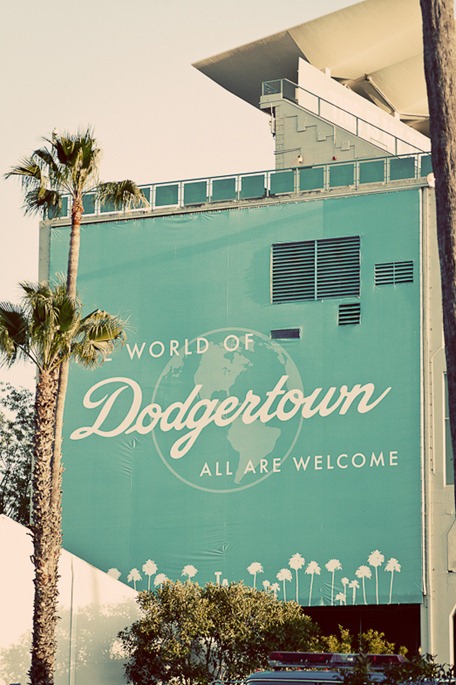 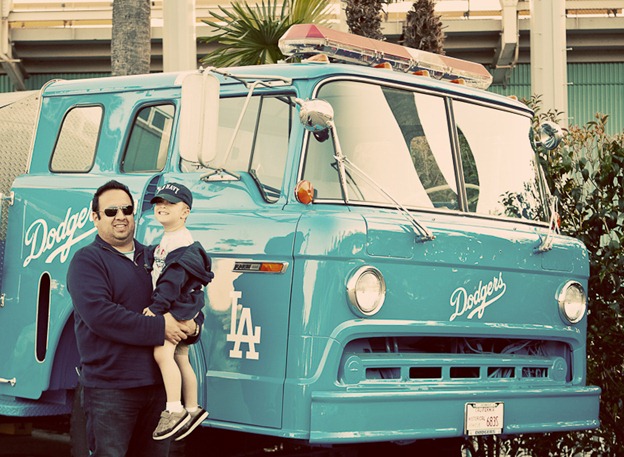 Can you BELIEVE that Travis did not like the Dodger dog? Dude, I think that is one of the things I was most excited about him trying. I know they is nothing special…but it IS a DODGER dog! He said that it was too big for him to eat. I think he was weirded out because it was a lot longer than the JennyO turkey dogs he normally eat. Oh well, he said, he LOVED the bun. YAY for carbs! 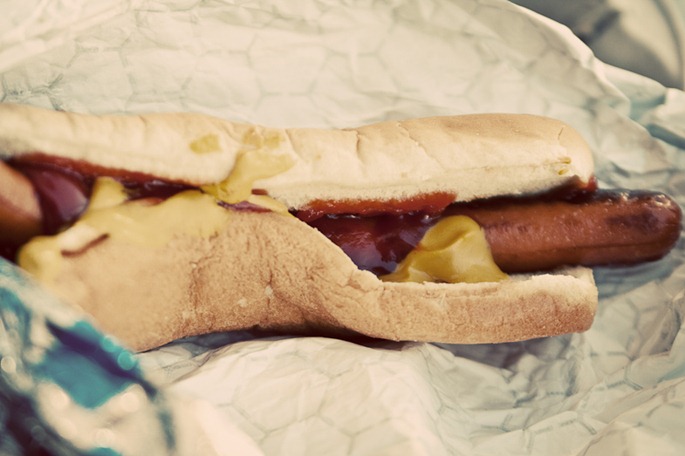 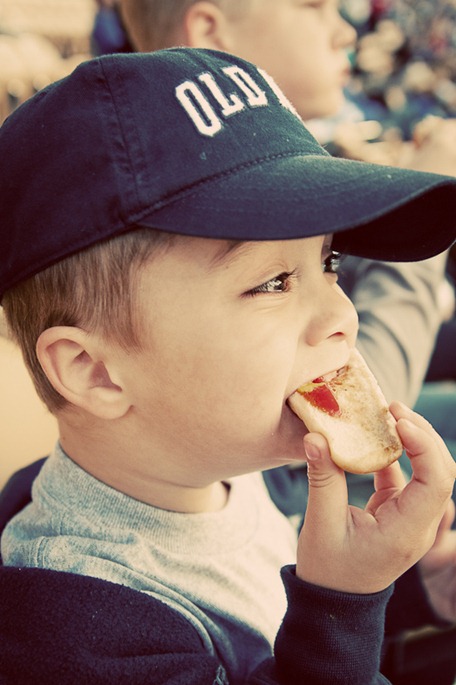 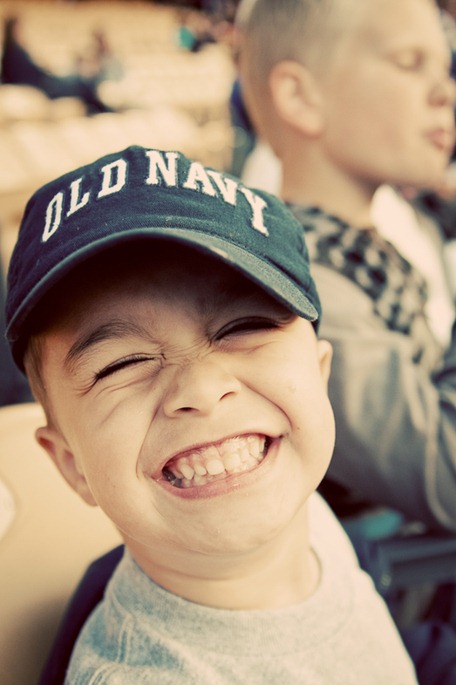 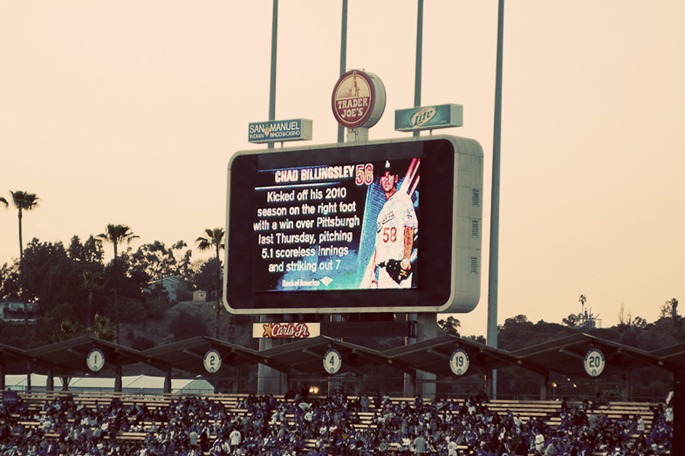 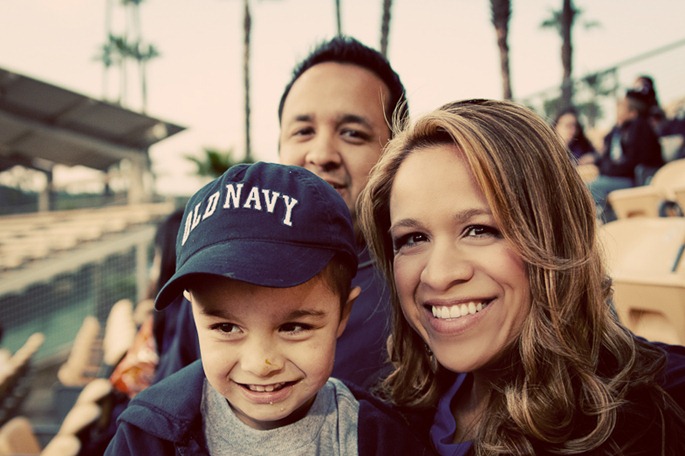 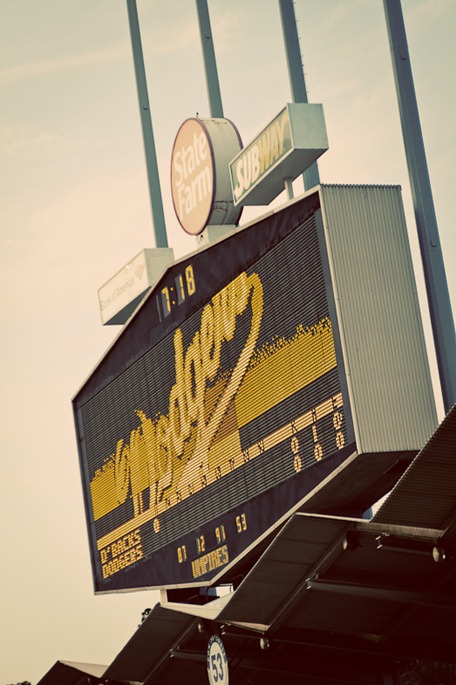 If you are a native Angelino, you’ll totally get this. If not, don’t hate. Just representing. 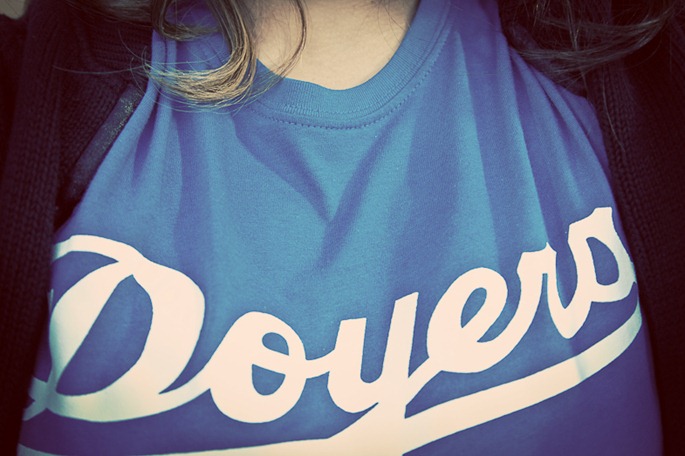 So I am not sure exactly how much cotton candy Travis ate, but boy, it was enough to keep him up until midnight. 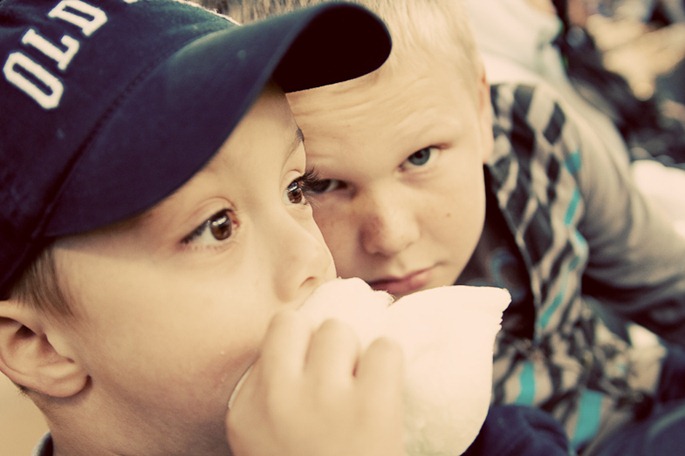 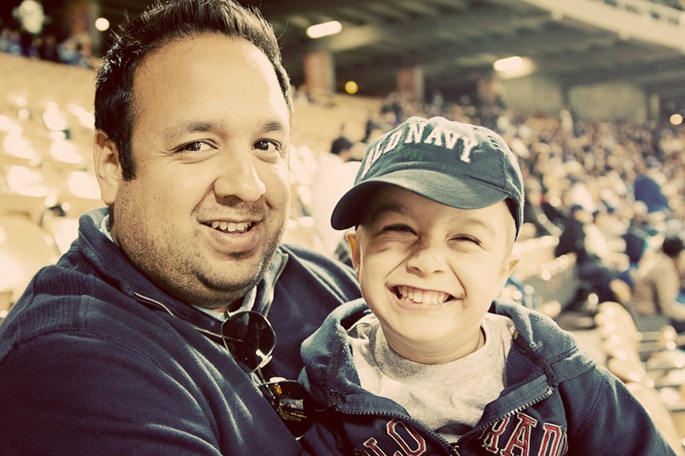 Travis and Soren doing the wave. 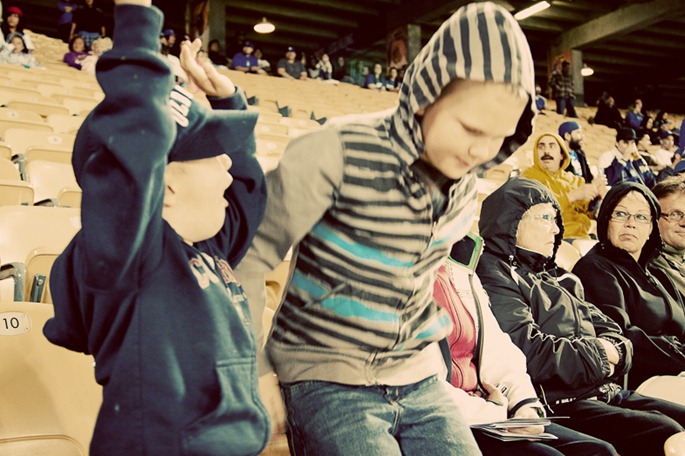 Friend’s of Rich’s from Finland attending a baseball game for the first time. Their impressions? Boring. I agree…but hey, it’s all about atmosphere and pastimes. 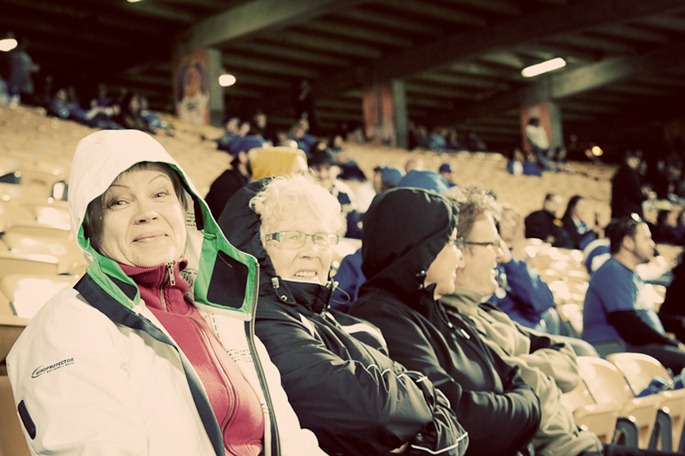 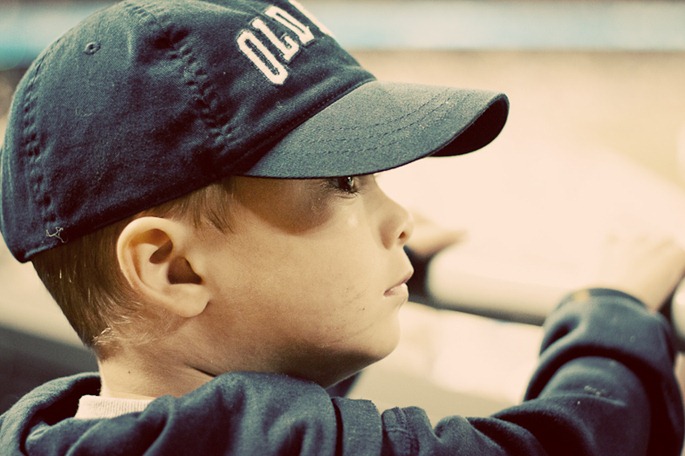 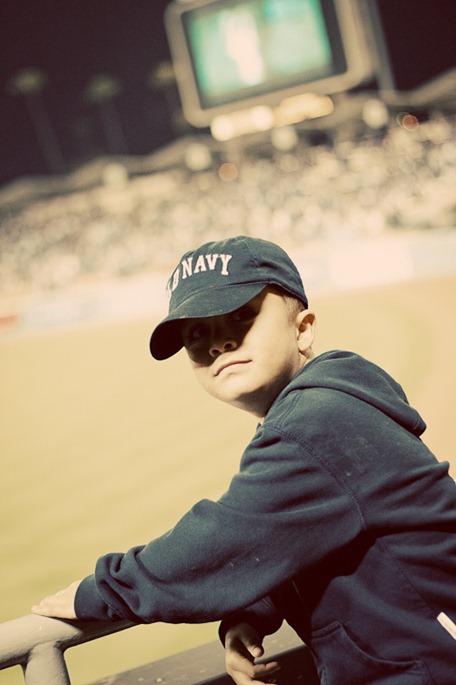 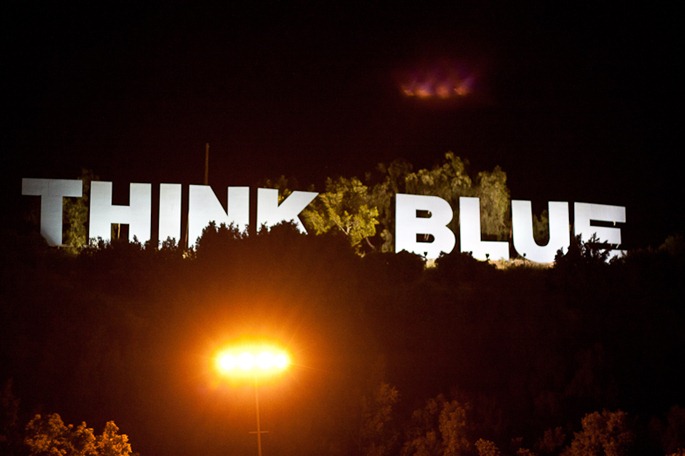 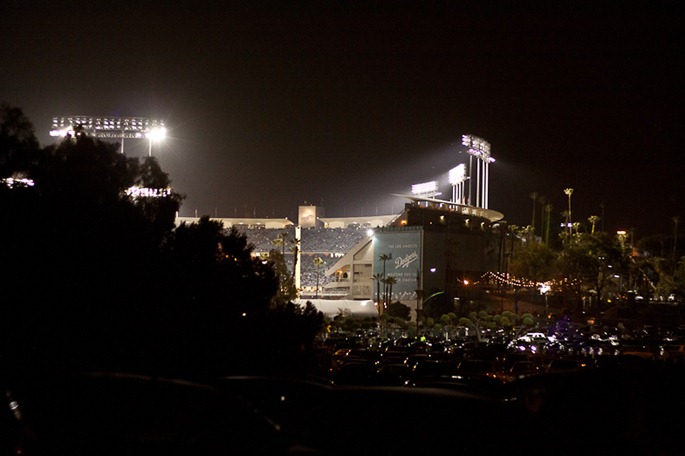